Occasional invaders are as the name entails. They are pests that invade homes and businesses on occasion. These insect species vary in size, color, number of legs, and wings/wingless. However, they all have the same behavior in common, they rarely invade buildings. But, when they do, it is a rare occasion and generally ends up in dark, damp, and warm areas like the basement and crawlspace. The good news, occasional invaders have not been linked to diseases that spread to humans or animals or structure damage.

Occasional invader species include the following:

Why Is My Home Invested With Occasional Invaders?

The broad range of insects deemed occasional invaders do not carry diseases or parasites. So, you and your family are not at risk of developing a foodborne illness, virus, or infections associated with these insects. With this said, people victimized by these pests have admitted stress, anxiety, and difficulty sleeping immediately after detection.

The best and only way to eradicate an occasional invader infestation is pest control pesticides and traps. Our pest control combines a commercial-grade pesticide with traps and other treatments to achieve maximum results. Our occasional invader strategy is specific for each client’s home because no two pest infestations are exactly the same. In order for our pest management to work, every member of the household must be on board. Taking the proper measures to eliminate access points, correct humidity levels in damp areas, and create a doable, realistic cleaning schedule. To jumpstart our pest control, a visual home inspection from top to bottom is a necessity. Our extermination team has many years of combined occasional invader experience.

When Should I Expect The Exterminator To Arrive At My Front Door?

If you have submitted a pest control inspection or consultation request with our Honolulu extermination company, you can expect the exterminator to arrive at your home soon. It generally takes our customer service department between 24 to 48 hours to process an occasional invader pest management request.

Chemical-based pesticides contain toxic substances that pose a risk to the environment, humans, and animals. However, US Environmental Protection Agency (EPA) regulations and oversight have helped to minimize these risks. In addition to this safety effort, Honolulu exterminators are turning to pesticides and insecticides that have met or exceeded the agency’s regulations. EPA-approved pest control products can be administered in pest infested-buildings without risk to the occupants by following the manufacturer’s recommendations.

How To Safely Eradicate An Occasional Invader Infestation?

There is a lot of owners can do to prepare for the exterminator’s arrival. As mentioned previously, no pest control strategy is effective when only a few household members are on board. 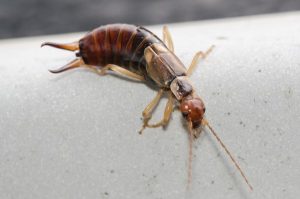